The premium version of this guide contains additional information on a variety of topics and is available from Bohemia Interactive in digital as well as print versions. If you'd like to support this guide and are interested in reading more on subjects like combat engineers, dive teams, paratroopers, reconnaissance, guerrilla warfare, and more, take a look at this page on my site where different methods of purchasing the Premium Guide can be found, to include a full index of what it contains as well. 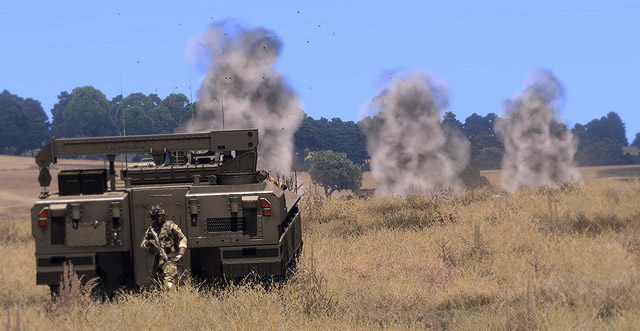 I hope you've enjoyed your read through the third Tactics, Techniques, and Procedures guide. The writing and revision of this edition was a monstrous and particularly enjoyable effort, and I look forward to seeing how it is applied by various communities as we collectively make our way into the full Arma 3 experience. If you know someone who's interested in this style of gaming but doesn't quite know how to learn the finer points of acting as a virtual soldier, feel free to point them this way!

If you feel like going above-and-beyond, there are a few further actions you could do that would help me out greatly!

Dslyecxi is a prior-service US Marine with an eye for gaming realism who established Shack Tactical in January of 2006. He has been involved as a consultant to the Arma series since 2006 and chronicles the gaming adventures of his Shack Tactical community on Youtube, as well as maintains a site with more information about him, his views on gaming, Shack Tactical, and a variety of other topics.

Screens of Arma 3 are used with permission of Bohemia Interactive a.s.

The Tactics, Techniques, and Procedures series has drawn inspiration from many publically released military field and reference manuals. Specifically, these include the following works by the US Military.